Skip to Content
Please note that this article may contain affiliate links. Which means that we may earn a commission (at no extra cost to you) if you make a purchase using the links on this site. You can read our full disclosure policy for details.

This article will help you pick out which toilet flush system is right for you and what types there are.

What is a toilet flush system?

A toilet flush system is a mechanism the toilet uses to pass water from the toilet tank into the toilet bowl. This ensures the contents of the bowl can pass from the bowl, through the trap, and into the pipes of the house. If you aren’t familiar with the parts of a toilet, you can learn about them in our toilet anatomy post.

There are two types of toilet flush systems: button and lever. The idea is that when you depress the lever or button, the toilet flushing system will pass water from the tank into the bowl remove the human waste down into the septic system. These systems are in both elongated and rounded toilets.

Before we can, it’s important to know there are several big brands of toilet makers out there, each of which is trying to design the best toilet. This means that they’ve come up with different flushing systems so that they can have proprietary technology to create the best flushing system. 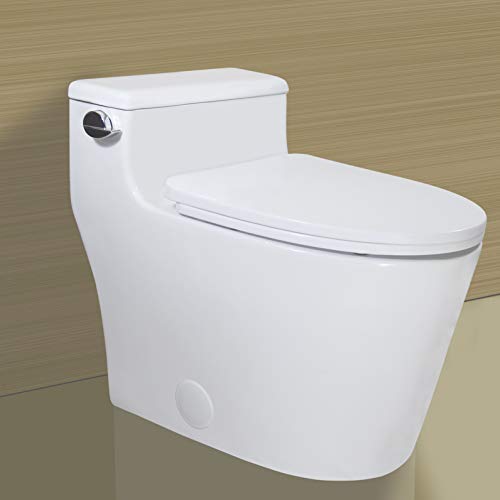 The gravity flush toilet system is the most popular type of toilet system out there. Essentially, water goes from the tank, which is mounted to the top of the bowl and uses gravity as a natural way to force the water from the tank down into the bowl.

Gravity flush toilets use a simple system controlled by a flush handle to open and close the tank’s valve. When you press down on the flush handle, it flips up a lever that allows water from the tank into the bowl, quickly filling it about halfway full at 1 gallon per flush.

A single flush system is a gravity system on the toilet is one where every flush dispenser is the same amount of water.

These toilets usually work on a lever system where one lever is for a full flush. The toilet handle connects to a lever that lifts a chain. This raises a flapper valve at the bottom of the tank so that all the water can pass through the toilet bowl via the jets into the toilet bowl, pushing the waste through the trap and down into the sewer or septic system.

This is the most common type of flushing mechanism and has been prevalent in toilets for decades. 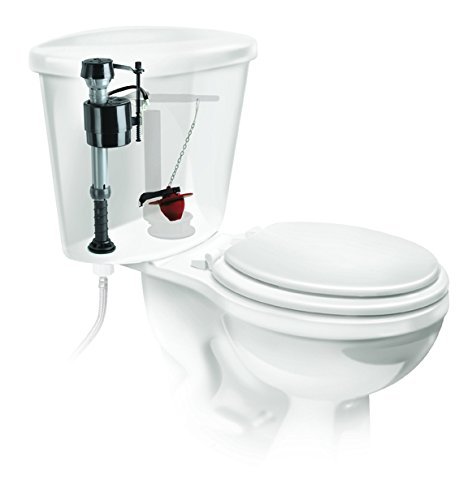 The siphon flush mechanism is a kind of internal plunger flushing valve that acts as a plunger within the toilet. When you pull the handle, water goes up into the siphon via a folding diaphragm washer before being transferred to the siphon outlet (familiarize yourself with your toilet anatomy here if you need a primer).

At this point, gravity takes over and continues to draw out the remaining water until the cistern is empty. 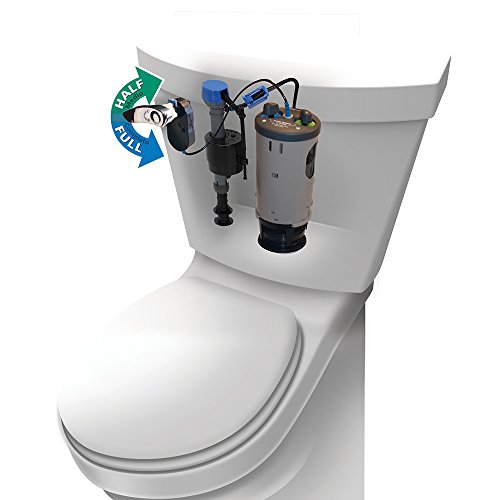 A dual flush system allows for two types of flushing within the same toilet unit. Dual flush systems are best when there are different types of waste to be flushed, such as #1 and #2.

The first type of flush in a dual toilet system is a half flush or partial flush, which uses half the water that is typical in a full flush. This type of flush can be used for liquid waste that isn’t too heavy such as urine.

The second type is a full flush, which uses the amount of water that is usually in a gravity system. This can be used for waste that requires more water to wash it away, such as number 2.

To have a dual flush toilet, you will need either a two-stage lever or buttons for each flush type of flush inside the tank. This way, you can flush solid and liquid waste. Dual flush toilets are good for water-saving measures. However, the half flush setting for liquids involves using less water and does not provide a strong flush. 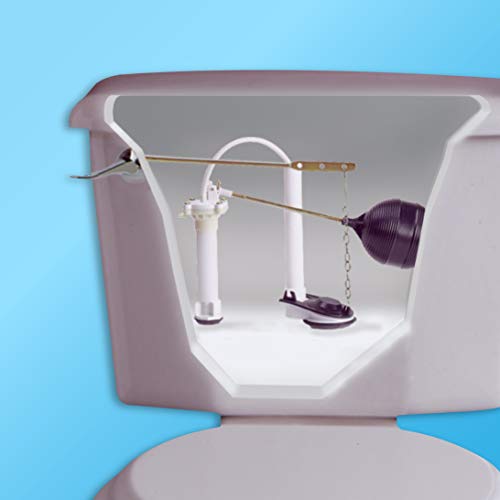 This is one of the older styles of toilet flush systems still in use. A ballcock is a ball on top of a tube with a plunger to fill the water tank in the bathroom. If there is not enough water, it won’t work. There could also be other reasons for this, such as if the shutoff valve’s setting is too high. In this case, you will have running water, and it will not shut off.

If you have a ballcock system, it’s recommended that when it needs to be repaired, you replace it with a new fill valve system.

The way it works is the water supply line combined with air pressure-assisted air in a secondary tank within the main toilet tank. This extra pressure ensures a stronger flush in the toilet. They are typically louder than normal toilets. They do use less water than a standard toilet and are more powerful.

This Kohler tower flushing system is a canister flush system that allows for the water in the tank to flow into the bowl from 360 degrees as opposed to the more common type of flapper system, which blocks part of the flush valve when it lifts.

This tower-style flushing system allows more water pressure to build up in the tank so that when it’s flushed. The water comes through the tank into the bowl with more pressure creating a stronger flushing experience.

The double cyclone flush system was originally invented and used by Toto in their toilets (they make everything from single flush to smart toilets to toilet bidet combos.)

The idea here is that instead of jet holes all along the top of the bowl, there are two nozzles for the water to come out under the toilet seat lid. This powerful flushing toilet swirls the water in a bowl like a cyclone. This vortex style of flushing can help save water, clean the bowl while flushing and give a better flush.

Another Toto innovation, the tornado flush system, is an evolution of their double cyclone flushing system. Where the double cycling system has two nozzles, the tornado has three jets that are positioned to come out sideways on the ball, swirling the water around like a tornado leading to a more quiet flush and cleaning the ball at the same time.

This is American Standards take on a more powerful flushing system. The double-vortex flush system is similar to the double cyclone by Toto in that there are two nozzles that allow the water to come out sideways and allow for a more powerful flush than a normal gravity jet system.

By having the water face sideways when it enters the bowl, it creates a whirlpool effect or a vortex effect as the name implies; this helps clean the ball while it flashes while allowing to rid the toilet’s contents more efficiently.

It also saves water cleaning to reduce water usage in a family of four by only using 4 liters for a full flush as opposed to the normal 6 liters a standard toilet uses. This can translate to over 5000 liters of saved water a year.

Which of these flushing systems should I choose for my home and why?

The best toilet flushing system for you depends on how much water it consumes and the amount of noise it makes. You should also consider how easy it is to clean and if the maintenance cost will be too high for your budget. So, read up on these types of toilet flush systems before deciding which one you’ll choose for your home.