A shower curtain is a fabric or plastic covering the inside of a shower stall or tub. It is separate from a shower curtain liner but is similar in that they both help keep water from splashing out of the shower and onto the floor. They come in many different colors, shapes, and sizes, and are available through various retail outlets.

Some companies also offer custom sizing for an additional fee, but the standard curtain size of 72 inches fits most shower stalls and bathrooms. When measuring for a specific shower curtain size, measure from the top of the shower rod to the floor and add an extra few inches for tucking in the fabric. 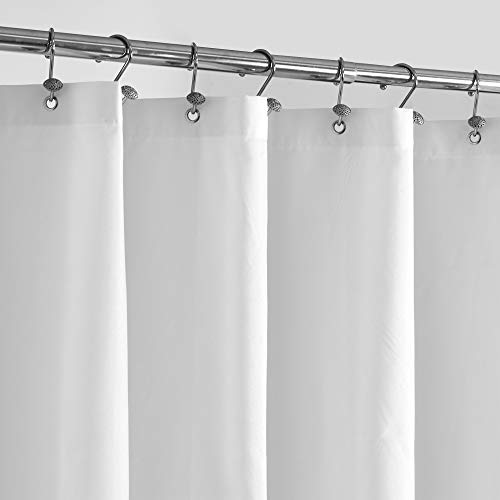 How to measure shower curtains

They determine shower curtain size by both the height and width of your tub or shower.

How do you install shower curtains?

Various types of standard shower curtain material are available, but the two main ones are vinyl and fabric. Also, look into getting a nice luxury shower head with your curtain. 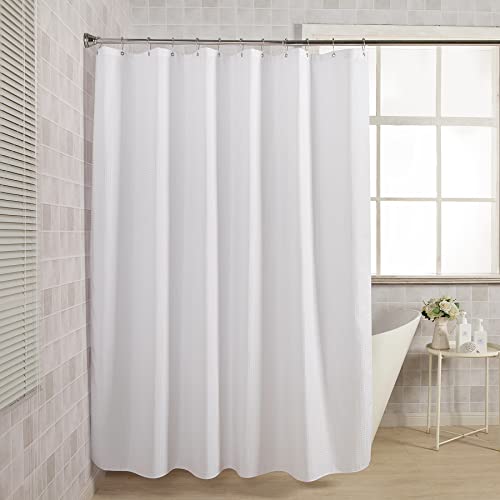 The most common type is the vinyl shower curtain made from PVC or polyvinyl chloride. These curtains are usually transparent or have a white base to match any decor. They are also waterproof and easy to clean. However, they can be quite heavy and may rip or tear easily.

Why do I need a shower curtain?

A shower curtain is a must-have item for any bathroom with a shower or tub. They help keep water from splashing out of the shower and onto the floor, leading to water damage. They also provide privacy for those taking a shower while also adding style and personality to any bathroom. 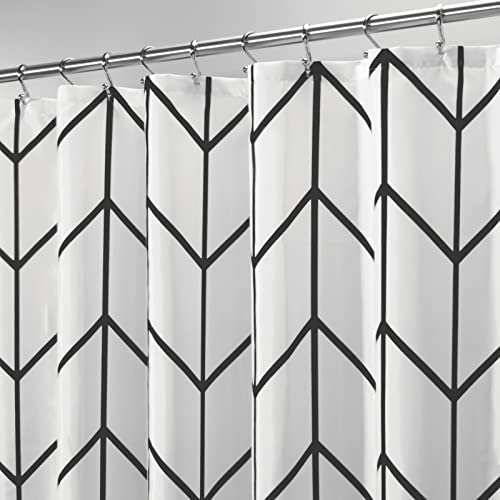 In addition, shower curtains can also help to keep your bathroom clean and free of soap scum and mildew buildup. Water damage on your bathroom floor can lead to a number of problems in your home, including structural damage and health problems.

Structural damage can occur if the water damage is left untreated, and it can be expensive to repair. In addition, health problems can occur if you are exposed to mold for prolonged periods.

Privacy while bathing or showering is of the utmost importance to create a calm, relaxing, and peaceful atmosphere.

This is especially true if you are in a large family that shares the same bathroom or live communally, and you never know who could walk in on you. You don’t want to be constantly worried about whether you remembered to lock the bathroom door or not. Shower curtains offer privacy to relax and enjoy your shower without worrying about someone walking in and potentially seeing you naked.

It is important to consider both function and style when choosing a shower curtain. Shower curtains can show off style and personality in many ways. Although, they can be made of different materials. No matter what type of shower curtain you choose, it should reflect your own unique style.

One way to show off your style and personality is to choose a shower curtain with a fun, funky, or stylish pattern. Or, opt for a solid-colored curtain and add some flair with fun shower hooks or other embellishments. You can also find shower curtains made of different materials, such as fabric, that can add a touch of luxury to your bathroom.

Finally, don’t forget that you can always change up your shower curtain to give your bathroom a whole new look. One of the many great things about shower curtains is how many different options you have to choose from. So have fun and let your personality shine through! 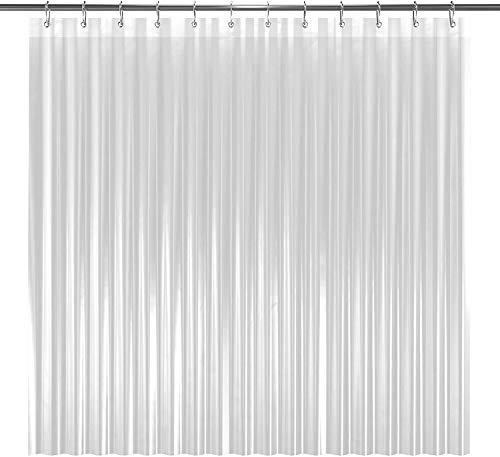 What is the history of shower curtains?

The first shower curtains were made of fabric and hung from the ceiling. Their purpose was to keep water from splashing out of the shower and onto the floor, leading to water damage. Fabric shower curtains became increasingly popular in the early 20th century as more and more people began to live in urban areas and apartments.

In the 1970s and 1980s, designer shower curtains became popular as people began to want their bathrooms to reflect their style. These shower curtains were often made of fabric and had unique designs.

Today, there are many different types of new shower curtain patterns, designs, and fabrics to choose from, and you can find one that suits your style. So whether you want a simple, solid-colored curtain or a fun and funky patterned one, there is sure to be a stylish shower curtain that is perfect for you.

There are several different types of shower curtain rods that you can choose from. 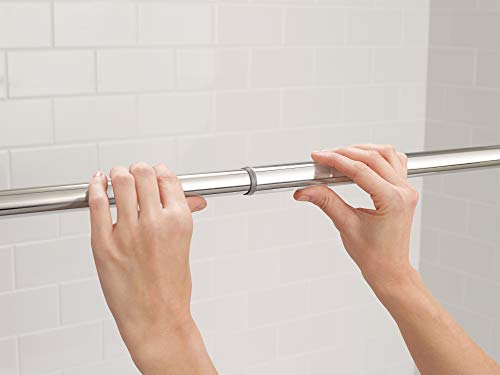 The most common type is the tension shower rod, which is held in place by tension and does not require screws or nails.

A tension shower rod is a great way to add extra support to your shower curtain. It can help keep your curtain from sagging in the middle, and it can also give you a place to hang wet towels or clothes. If you have a small bathroom, a tension rod can also be a great way to save space.

There are also permanent shower curtain rods that must be screwed or nailed into place around your shower stall. These types of shower curtain rods are more sturdy and durable. However, they can be more difficult to install and sometimes call for you to drill holes in the wall.

Some benefits of using a permanent rod for your shower curtains include:

Flexible shower rods are great for many reasons. First, they’re much easier to install than traditional, rigid shower rods. Second, they offer more flexibility in terms of how you can hang your shower curtain. Third, they’re less likely to warp or bend over time. Finally, flexible shower rods can be easily removed and replaced if needed. 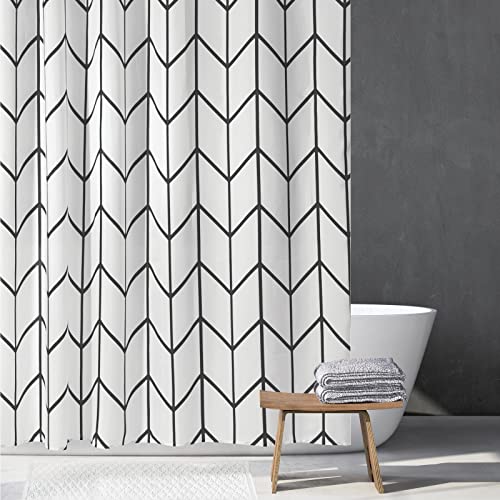 The best shower curtain size for me

When deciding which kind of shower curtain you need, some factors include the type of shower (steam, rainfall, etc.), the size and shape of your shower, the style of your bathroom, and your personal preferences. You’ll also want to consider things like the fabric of the curtain, the design, whether you want shower curtain liners, and what kind of curtain rings you want.

In addition, some people prefer to use a shower curtain that covers the entire shower, while others prefer to leave a portion of the shower exposed. You can even use a shower fizzer to spice things up.

Once you have decided on the type of shower curtain that you want, the next step is to select the style. As mentioned above, there are various styles of shower curtains available. You can get them with ruffles, pleats, or even those gathered at the top.

Choosing the best curtain for your needs can be an exciting and fun way to showcase your personality and taste. Just make sure to get accurate measurements and keep in mind that the standard shower curtain measurement is 72 inches by 72 inches, so if, for any reason, you get to the store and forget, you can always remember those general measurements and work from there.