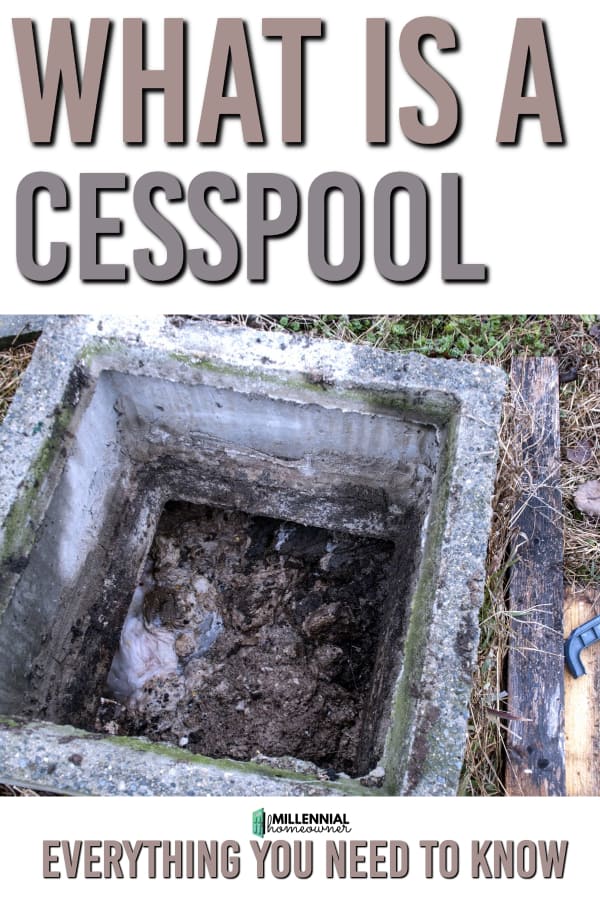 If you are looking to buy a house and it has a cesspool it’s likely you have a bunch of questions about what is a cesspool and how is it different. Here is everything you should know about cesspools problem and owning a home with a cesspool. 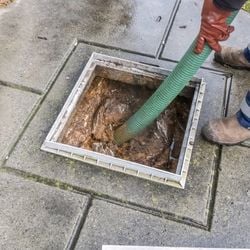 What is a Cesspool?

So what is a cesspool? A cesspool is an older type of sewage disposal system. They are banned in many states but were commonplace before septic tanks.

Like a septic tank, a cesspool consists of a covered pit, where all of the liquid and solid waste (everything that goes down a drain) from a household is disposed of and in there the solids settle at the bottom.

The wastewater is leached into the soil while the sludge (or solids) remain at the bottom of the cesspool.

How does a cesspool work?

A cesspool is a sealed chamber that collects sewage and prevents it from leaching into the ground. The solid waste is broken down by bacteria, and the resulting liquids are stored in the cesspool until they are pumped out by a septic tank truck.

Cesspools are usually made of concrete, but they can also be made of fiberglass or polyethylene.

Septic tanks and cesspools are typically buried underground and can range in size from small chambers that hold only a few thousand gallons to large chambers that can hold millions of gallons. In order to function properly, a cesspool must be regularly pumped out and cleaned. 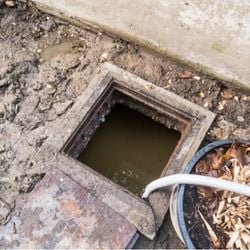 Other words for cess pool are cesspit, holding tank, cesspool system, septic pit, septic hole, and septic system. It is also referred to as a septic tank, but septic tanks are in fact quite different from a cesspool.

Origins of the cesspool

The term originated in England in the 17th century and was originally used to describe a container underneath a toilet.

How big is a cesspool?

Cesspools are typically 3 feet across in diameter and are best utilized when they go down to porous earth so that the liquids can be best absorbed back into the soil. This means their depth can vary based on soil conditions.  The walls of the cesspit are lined with bricks or cement.

How is a cesspool built?

Typically a cesspool is a cement or brick-walled structure that is underground. They receive the wastewater and sewage from an external source and then the liquids leach into the ground.

The liquid in the cesspool dissipates either through the bottom, if it is an open bottom cesspool, or through the perforated holes on the sides if the bottom is closed off.

Another type of setup for cesspools is to have two cesspools. The first one takes all of the wastewater and solids. The solids then fall to the bottom of the cesspool ( which has a bottom seal) then the wastewater flows into a second cesspool that allows for the effluent (wastewater) to leach back into the ground and return to the water table over time.

In this type of set up the cesspool that accumulates the solids (sewage) will need to be maintained and cleaned out on a periodic basis.

The timeline for cleaning out a cesspool can vary dramatically as several facts come into play such as the size of the family, usage, size, and depth of the cesspool itself.

How Long Does a Cesspool Last?

Depending on the use and maintenance of the cesspool it can last up to 40 years. This will depend on a lot of external factors, if you are buying a house with an old cesspool it is best to budget for an upgrade to a newer septic system.

Cesspools should be pumped and regularly maintained by an expert septic management service. This involves pumping out the raw sewage and disposing of it. This will help extend the life of your cesspool.

There are two types of cesspools. Up until the 1950s, the most common were brick or block cesspools during the 1960’s they changed to a more standard format of the precast cesspool, a concrete cylinder form with a bottom and holes on the side for wastewater to leach into the soil.

If you have a block (or brick) cesspool, be sure to never empty it out completely. This can cause the cesspool to collapse on itself. Be sure to hire a contractor that knows about cesspools and how to best extract the waste. This is usually done with a septic truck that uses a pump and hose to vacuum out the solids and any standing wastewater that has not been absorbed into the soil.

How long does it take to pump a cesspool?

Depending on the size of the cesspool the tank pumping can take at least 30 minutes or longer. When contacting a septic professional please ensure that they are experienced in cesspools and the nature of their maintenance.

Generally, a cesspool will need to be cleaned once it is full. The best thing to do is to contact a licensed cesspool professional. If you still have a cesspool, it’s probably nearing the end of its life and will eventually need to be replaced.

This will involve a professional bringing in a septic pump truck and having the sewage removed. Getting a cesspool pumped is a process that involves a pump truck and a long hose.

Depending on the size of the cesspool it could take up to, or more than, an hour of time to drain the cesspit. The cesspool will need to be drained of all solids and liquids in the tank

DO NOT ATTEMPT TO CLEAN YOUR CESSPOOL ON YOUR OWN!

Always hire a professional to clean your cesspool!

What’s involved in servicing a cesspool

When a cesspool service is needed the cesspool professional will need to come out and dig out the soil on top of the cesspool. The cesspool then will need to be drained. This involves pumping (vacuuming) out the effluent, scum, and solids in it.

Depending on the amount of septage removed will depend on the charge involved. Other costs that can arise are clearing out any pipes that are blocked or repairing any part of the system that is in need of it. These last costs can involve labor and materials.

It is always best to ask before the work is done to know what the cost of servicing your cesspool will be.

Your cesspool needs to be maintained. Proper septic system maintenance can help preserve the health of your cesspool for years. Treat it poorly and you are setting yourself up to huge costs down the road.

Tips To Maintain and Prevent Problems to Your Cesspool

The best way to have a long-lasting life with your cesspool is regular maintenance these tips can help you:

As years go by, the scum layer of the cesspool starts to coat all of the cesspool walls, this prevents the wastewater (effluent) from leaching into the soil. As the leaching slows down the cesspool fills up with this water and this can lead to backups into the house.

To avoid this problem it is important to have your cesspool pumped regularly and to have it cleaned out when it is pumped.

What you shouldn’t flush with a cesspool

Cesspool problems can largely be controlled. When it comes down to avoiding cesspool issues it’s all about usage.

Never put any of the following products down your drains:

What can be flushed down a toilet with a cesspool

The following are what you can typically flush down the toilet.

Another problem that occurs is the breaking down of the cesspool walls. This can happen in older cesspits if this happens your cesspool may need to be replaced. In many parts of the world the use of cesspools is no longer allowed and it may need to be changed out for a septic system.

The best way to avoid problems is to regularly maintain your cesspool. As many states are no longer issuing permits for cesspools since they are no longer considered the best septic solution.

Should you need to replace your cesspool system, you will need to install a new septic system, this can mean costs that can go anywhere from up to $8,000 and beyond $35,000 should there be issues that arise. Contact your local municipality to find out more information.

Related: Toilet Tank Not Filling Up? Here’s how to fix it!

Identifying Cesspool Problems Before They Happen

Be quick to diagnose any cesspool problems by paying attention to the following symptoms:

Cesspool problems in the house:

Cesspool problems outside the house:

How Often Should a Cesspool Be Serviced

Cesspools, like septic tanks,  need to be serviced to ensure they have a lengthy proper life. The most common guidelines are to service your cesspool and have it pumped every 3-5 years. That’s a pretty big window but it boils down to usage. A single person isn’t going to use anywhere near the same amount of water or produce the same amount of waste compared to a family of 4 with two teenagers.

So there is no hard and fast rule about how often your cesspool should be serviced. That said if you are experiencing any of the following it may be time to give you local cesspool and septic company a call.

Cesspool Service Near Me

Use the map below to locate a cesspool technician to service your cesspool.

Finding affordable cesspool services can be tricky. Use the following checklist to make sure you hire a professional to take care of your septic needs.

What should I be asking a cesspool technician?

The first thing you need to do is make a list of services you require. If you aren’t sure consider the following:

Depending on what is going on with your cesspool, it’s a good idea to understand the costs to know if this will be an affordable cesspool service.  Before deciding on your cesspool professional ask and consider the following:

(Note: If it’s an emergency, you may find yourself in the beggars, not choosers column)

This list is a good start so feel free to add to it.

Please note that cesspools are now banned in many states and you may be required to upgrade your cesspool to a newer septic tank based system.

Septic Tank Smells in the House? Here’s what to do next