Shoveling snow in the winter can be some of the most backbreaking work the average homeowner has to deal with. But there’s a much better way with modern technology, snow blowing. So we’re here to compare the similarities and differences between a 2 stage vs 3 stage snow blower, looking at the advantages and disadvantages of each.

For most people, a one-stage electric snow blower is going to be sufficient to handle clearing their driveway. However, in some situations, a single-stage snow blower isn’t nearly enough power and will take ages to get rid of all the snow, if it can handle it at all.

That’s why we are comparing two and three-stage snow blowers so that we can find out why you might want to pick up one vs. the other. Let’s get started. 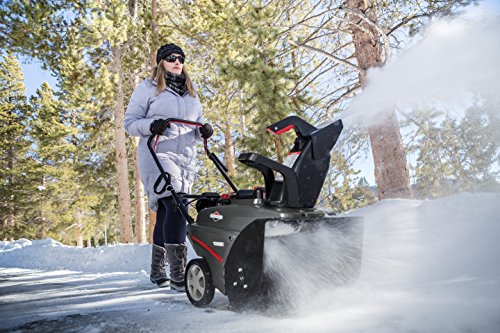 What is a Two-stage snow blower

The reason it’s called a two-stage snow blower is due to its two stages of clearing snow. With a one-stage, the snow and ice is gathered and expelled in one movement within the machine. This is not the case for a two-stage. 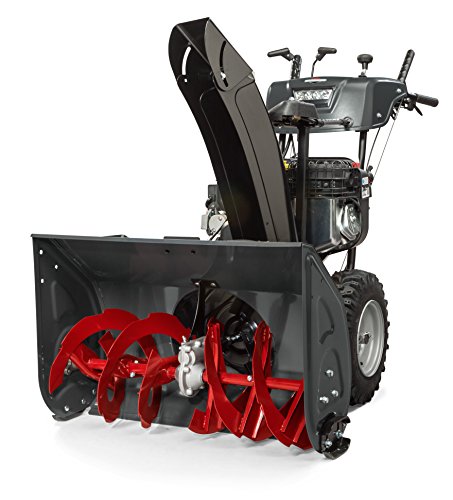 The difference between a One-stage and Two-stage snow blower

One-stage snow blowers will work for most people, most of the time. However, the two-stage has more moving parts and a more robust engine. The auger on a two-stage is stronger and, therefore, able to move more snow faster  (read the full differences of single vs two stage snow blowers here).

A two-stage snow blower usually includes both being self-propelled and a hand-warming feature. These features with the powerful auger make plowing up to 24-inches of snow a relatively easy-going proposition.

Two-stage snow blowers allow you to rotate the discharge chute on the go, meaning you don’t need to worry about constantly stopping to adjust.

The two-stage is the industry standard because it can effectively deal with almost any snow clearing situation. This goes beyond just the ability to deal with more snow and more challenging kinds of snow. It can handle more snow more quickly without getting jammed as often. Also, the maintenance on the two-stage is relatively easy to do on one’s own, at least in comparison to the three-stage, which we can examine now. 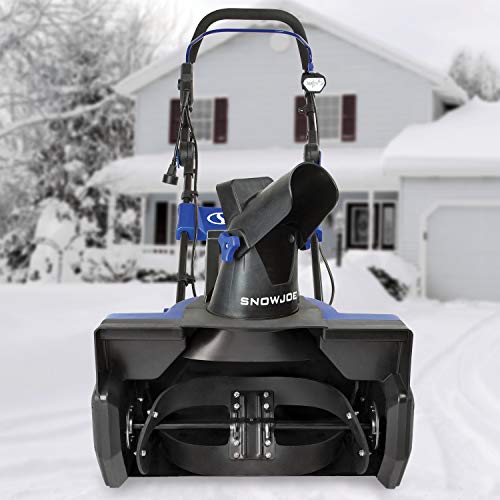 What is a Three-stage snow blower

The three-stage snow blower has been getting quite the buzz lately. However, the technology has been around for at least 40 years! It’s only now that it has found its groove and become useful for a variety of situations.

Before the two stages of gathering and discharging that the two-stage uses, the three-stage adds a third stage – acceleration. This usually entails a third auger set to grind the snow and ice from a different angle, allowing the contents to be processed more thoroughly and quickly than with a two-stage model.

A three-stage blower comes equipped with an accelerator, which allows it to blow snow even more quickly through the impeller and allows you to move the machine even faster while picking up huge snowbanks.

It can also handle much more challenging forms of snow, including compacted and very icy snow. For example, a three-stage snow blower can handle snow banks better than anything else.

Thus, the three-stage blower has more power and speed for heavy snow removal, making it the strongest level of snow blower on the market. Power steering, being self-propelled, and heated handles are all also usually standard on 3-stage snow blowers.

Due to the level of power on these machines, maintenance is quite difficult. Most people will have to bring it to a professional for maintenance. That can mean a lot of extra cost and trips to the shop to handle this machine level.

However, they are the best in the business for those with huge areas to clear and those living in heavy snowfall areas. They are also one of the only ways you’ll be able to clear difficult and compacted snow, like during ice storms or rapid temperature fluctuations. 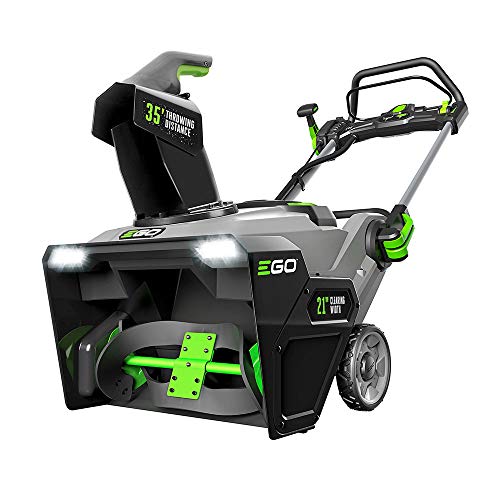 What’s the difference between a three stage and a two-stage snow blower?

The most crucial distinction between a 2 stage vs 3 stage snow blower is the accelerator.

The accelerator allows the 3-stage snow blower to plow through the snow around 50% faster than a two-stage. It also helps a lot when dealing with packed snow, as the three-stage has more power overall, allowing it to deal with even the heaviest snowfall. The three-stage also leaves cleaner paths after it has cleared the snow, making for a more professional overall experience.

However, although the 3-stage snow blower will get you much more power and speed, there is a huge drawback, and that’s how difficult its maintenance is. Generally speaking, unless you are deep into fixing machinery, you’ll have to bring the three-stage in often for any problems, which will also cost you a lot in the end. 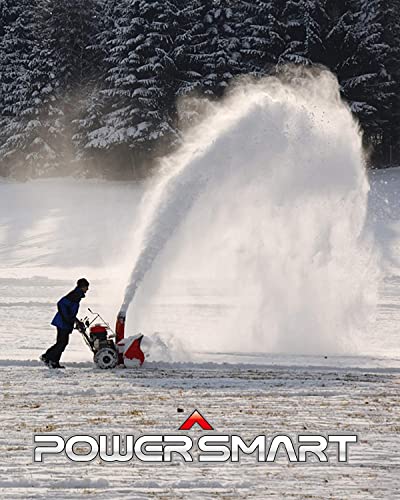 How do I decide between a three-stage or two-stage system?

There are a few things to look for in a two-stage blower. First, they come in varying sizes with various sizes of engines. More compact versions are great for more accessible storage, movement, and dealing with smaller residential areas.

Bigger versions can handle larger snowbanks and can clear more significant properties faster. The differences also include different auger sizes with varying levels of serration. That is, how much snow and ice the drill can chew up. The bigger and stronger the auger, the more difficult the snow and ice it can handle.

Most two-stage snow blowers can blow the snow up to 50 feet, making them capable of moving snow a great distance. They are also more versatile than one-stage snow blowers in that they can better handle uneven terrain and gravel because their auger is slightly angled.

Now, compared with a three-stage snow blower, the two-stage will be slower, less powerful, and will leave behind a layer of snow if going over uneven terrain or gravel. But, on the positive side, they are easier to maintain. They build two-stage machines for home use, whereas three-stage are for professional use. That’s why they make two stages that homeowners can easily maintain but not so for three-stage. 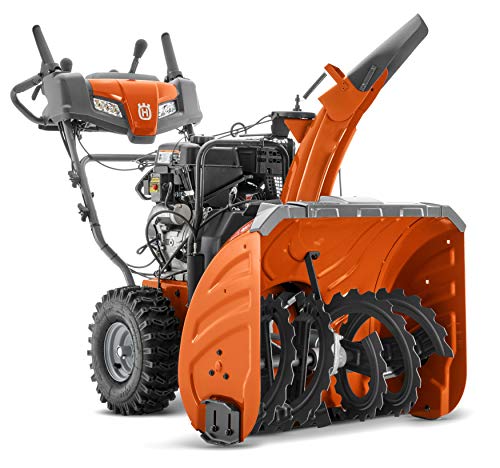 Which is better: Snow Blower Two-Stage or Three-Stage?

There are a few significant differences between two-stage and three-stage snow blowers, so we can directly contrast them here:

Thus, comparing and contrasting the two, The two-stage machine is sufficient in most cases and will be easier to handle and take care of in the long run. Therefore, for the vast majority of people, this is the one I’d recommend between the two.

You should also keep in mind that for most people, a good one-stage machine will be sufficient for your snow-blowing needs. Even the electric ones are pretty powerful now. While they can’t handle some difficult situations, they can handle a couple of driveways with less than 9 inches of snow.

The three-stage is only necessary if you are handling a challenging amount of snow and ice, whether that’s a massive amount of space, weighty snowfall, or tough snow (slushy and ice snow, or packed snow from snow plows).

Difficult and wet snow can be frustrating because, with even an excellent two-stage snow blower, very icy or heavy wet snow can be difficult for it to grind up. You might have to resort to breaking it up yourself with a shovel or repeatedly going over it with the snow blower.

The three-stage is ready to handle this exact situation, grinding up the ice and packed snow before it goes into the two-stage collection and throw cycle.

If you often find yourself struggling with difficult and icy snow, then a three-stage might enter the picture. However, it is tough to recommend one as your first snow blower for all the reasons we’ve already gone over. 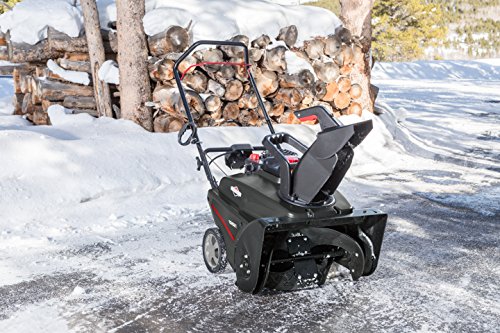 What is the difference between 1 2 and 3 stage snow blowers?

Are 3 stage snow blowers a gimmick?

No. A three-stage snow blower collects up to 50% more snow faster than a two-stage snow blower. However, the maintenance requirements are much more significant, which makes for a difficult trade-off to consider. 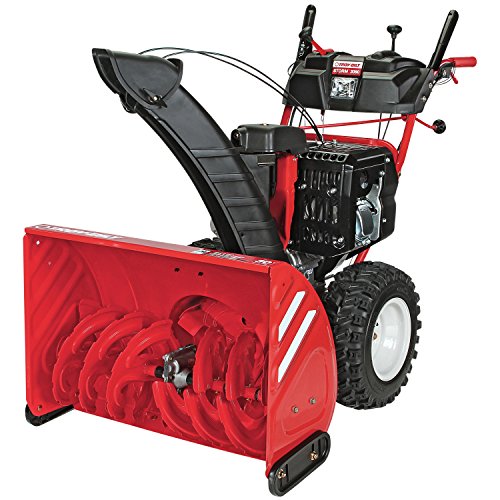 What is the difference in snow blower stages?

A one-stage gathers and expels snow in one action, meaning it cannot shoot the snow as far. A two-stage gathers the snow and ice in its first stage and removes it with a second piece of machinery. This allows it to focus on each separately. Finally, a three-stage adds an accelerator to increase the power of the whole process.

What is better a two-stage or three stage snow blower?

A three-stage is more powerful and faster yet requires much more maintenance.

Are 3 stage snow blowers worth the money?

Three-stage snow blowers are stronger but have many issues, including maintenance. Therefore, they are likely only worth it for those who need to deal with very difficult or vast amounts of snow. 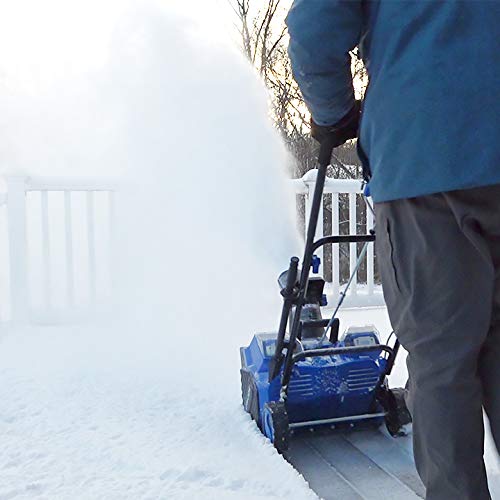 What is the advantage of a two stage snowblower?

A two-stage snow blower beats out a one-stage in how difficult the snow and ice it can tackle is, how fast it can gather snow, and how far it shoots the snow. Compared with a three-stage, it is simpler to use and requires less maintenance.

What stage snow blower is best?

The one-stage is appropriate for most peoples’ snow clearing needs. However, if the snow in your area is more complicated or heavy, a two-stage can tackle the most challenging problems and is the industry standard. A three-stage is only necessary for the most difficult situations, but it is faster than the rest. 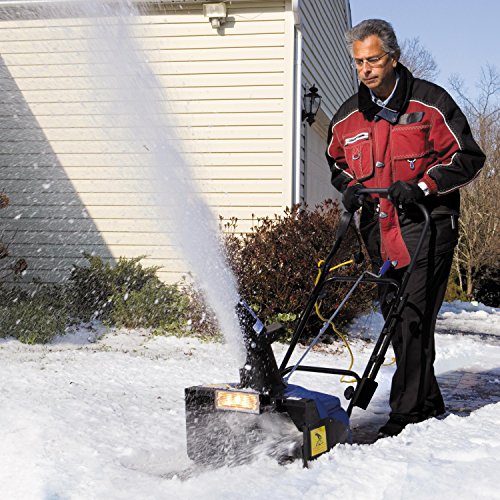 It’s a tough decision between a one-stage, two-stage, and three-stage snow blower. One-stage blowers are great for many people with low snowfall or a relatively small area to deal with. However, the competition between the two and three-stage models becomes trickier as they are great at dealing with a more intense winter.

Ultimately, the choice will come down to how much you feel you need the three-stage design for difficult and compacted snow. You’ll be sacrificing ease of maintenance if you go for a three-stage.  They almost certainly have to be brought into the shop for maintenance and repairs.

Two-stage snow blowers are probably the right choice for most homeowners dealing with harsher winters. They provide you with the power you are looking for, plus a lot of extra speed. The particular cases you’ll need a two-stage over a one-stage are when you have compacted, icy, or simply heavy snowfall. But, of course, wet snow is also a significant concern.

We hope this guide has helped explain the differences between all three different stage-types of snow blower. Hopefully, you are better able to make the best purchasing decision now for yourself. Happy hunting! 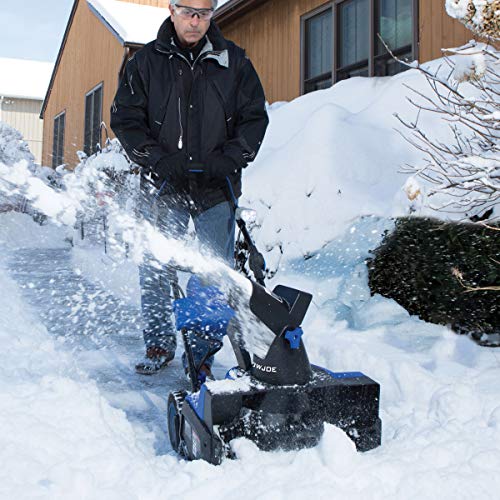