You might be wondering, “Can you use K cups twice?” After all, wouldn’t it be quicker to do so? Using a K cup twice is possible, but you have to know how to do it. If not done the right way, you’ll end up with a cup of bitter-tasting, watered-down coffee. This post describes what a K cup is, how they work, and finally answers the question, “How many times can you reuse K-cups?”

What are K-cups, and how do they work?

K-cup stands for Keurig cup. Keurig cups are small, sealed plastic cups filled with coffee grounds. The foil top covers the plastic container that holds the ground coffee. To use a K cup, insert the pod into your Keurig coffee maker. At that point, puncture holes into the foil, at the top and the bottom. Hot water is then forced into the K-cup.

Your beverage will then brew and dispense through the filter into your waiting mug. Brewing coffee in your Keurig machine is easy. Place the pod in the chamber and pull down the handle. Once you pull the handle down, a needle will leave a small puncture at the bottom of the k cup.

Hot coffee isn’t the only beverage you can make in a k cup machine. You can also make iced coffee, hot chocolate, and different flavored teas. 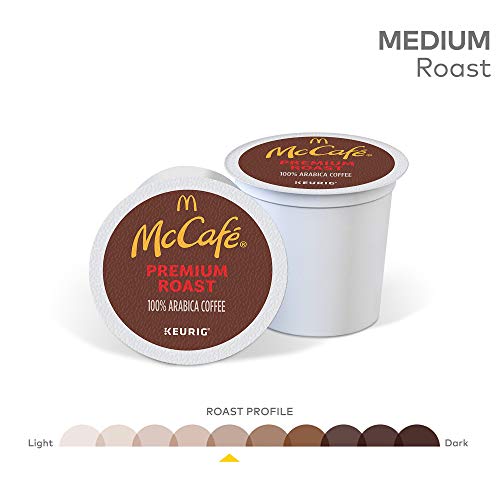 How many coffees can you get out of a K-cup?

A Keurig K cup holds approximately nine to twelve grams of coffee. This means a Keurig pod will make one K cup for a six-ounce cup of strong coffee. The more you reuse Keurig cups, the weaker your cup of coffee will be.

The K cup pod is designed to make at least a ten-ounce strong cup of coffee. If you are someone who prefers one large cup of coffee, you may want to try k mug pods. These pods will give you the biggest cup of coffee. Instead of making multiple cups, you will have a large, strong coffee on your first one.

Can you reuse K-cup pods?

The lid of the pod will have to replace to do this. To do this, cut a piece of heavy-duty aluminum foil and seal the coffee pod closed. There will already be a hole punctured in the bottom of the coffee pod, but this will not cause an issue. All you have to do is place the K cup pod into your Keurig machine. The needle needs to align with the hole already punctured in the coffee pods. Many Keurig owners are uncomfortable brewing coffee from a used K cup. 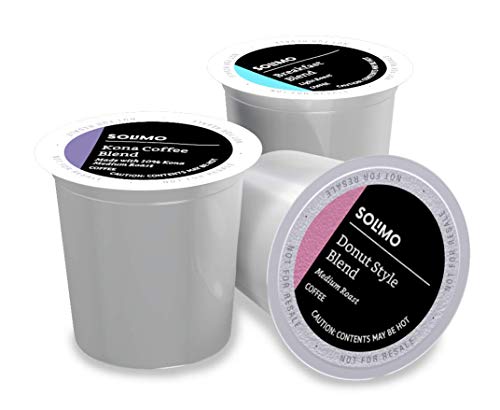 How many times can you use a K-Cup?

The Keurig manufacturers say that you can only use a K cup once. In addition, they say that K cups are not designed to be reusable. Many Keurig owners find this wasteful and do not want to throw away the plastic cup after each use. To get around this dilemma, you may want to consider investing in a reusable K cup filter. Reusable K cups are different from the traditional K cup coffee pods. This is a filter you can reuse any time you want a coffee mug of good coffee.

Add ground coffee into the reusable K cup filter. Place the filter into the Keurig machine like usual and brew your coffee. Once your coffee is made brewing, clean the reusable filter and put it away for future use.

Does using a K-Cup more than once make ground coffee weaker?

If you desire two cups of coffee, use the same K cup for the second mug of coffee. If you do not refill it with fresh ground coffee then you will get weak coffee. Being weak is not the only issue. The coffee may not have the best taste. Most of the flavors are extracted when the k cup was first used.

The taste of coffee from used K cups can be bitter and nasty. Not only does it taste horrible but the most crucial part of coffee, the caffeine, is depleted.

Don’t reuse the same K cup two times if you prefer strong coffee. Instead, try the reusable filter, which you can fill with your coffee grounds. You’ll get a guaranteed cup of coffee instead of gross brown water.

How can I get the best flavor from a Keurig coffee maker?

There are many ways to get the best flavor from a Keurig coffee maker. Some people prefer a Keurig machine to a standard coffee machine.

Some of these ways include:

K cups come in a wide variety of coffee brands and flavors, such as French roast. If coffee isn’t your thing, that is okay too. K cups come in hot chocolate and teas as well!

One of the main problems of using a K cup twice is the strength of the coffee. If you are okay with bitter, watery coffee, you’ll find no issues reusing K cups. All the delicious flavors that make coffee taste great are blended in the first brew.

Some coffee drinkers still find using the Keurig brewers just doesn’t even brew a small cup of good coffee for their first cup. They feel there are not enough coffee grounds inside the K cup option. Then it could be too strong or weak for them.

These connoisseurs prefer to brew their coffee grounds with a paper filter in a regular coffee maker. They can adjust the strength by using a whole bean coffee in a traditional coffee machine rather than using single-serve cups.

Can coffee pods be used twice?

Coffee pods can be used twice but not without changes to the taste of the coffee. The coffee is not going to taste great if the coffee pod is twice brewed. Some people have even reused K cups for their third cup of coffee, and the reason for that is because K cups can be costly.

The cost of the pods is why many people invest in reusable K cups and filters. If you don’t mind weaker coffee then a second brew from the same pod will be okay.

With a reusable filter, you can brew as many cups of coffee as you want without the taste being altered. You’ll save money because you can buy your choice of coffee. It is easy if the beans are already ground, and you simply scoop them into your filter.

Is it safe to reuse K cups with coffee grounds?

Many k cup drinkers have expressed concern due to the material used to make coffee pods. The manufacturers have confirmed they use BPA-free plastic, and it is safe to use. According to Women’s Health Magazine, the coffee pod could be harmful. They stated some studies have shown that these plastics are detrimental when heated. These plastic chemicals are known to mess with hormones in the body.

The coffee pod also causes a ton of waste. The pods are also difficult to recycle. Some pods are easy to recycle, but others have to have the foil lid removed. Then you’ll have to find a special recycling service for the waste.

Advantages of Reusing Your K-Cups

There are many benefits of reusable K cups.

Almost fifty billion coffee pods get thrown away daily! You will be doing your part to protect the environment by reusing your k cups. Since there are so many advantages to reusing a K cup, what are the disadvantages?

Disadvantages of Reusing Your K-Cups

One significant disadvantage of reusing your K cups is that it is hard to get a second cup of coffee out of it. K cups are designed for one single cup of coffee. They are not meant for you to make a second cup which is why the manufacturer’s advice is against it. You’ll find yourself drinking a weak cup of coffee if you reuse your K cup.

Your second cup of coffee will be weakened with hot water and taste terrible. Besides weaker coffee, another disadvantage of reusing your k cups is over-extraction. Even if there is still an aroma wafting from the used k cup, there is no way to ensure that the flavor will be there. You may end up with a very bitter watery coffee and no one wants to drink bad coffee in the morning.

How long does a reusable K-cup last?

A reusable K cup will last as long as you clean and care for it. A single-use K cup does have the best by date.

It is often difficult to see due to the imprinting on the pod. It can be written in the same color as the plastic on the pod.

You may still use your pod in coffee makers after the best by date since it is not an expiration date. All the best by date means that it is the last day the manufacturer believes you will get the best taste and aroma.

If you store your single-use pod properly, so it is not damaged, then the coffee inside the pod should be good to drink. Of course, there is a chance that the coffee may taste stale, but the chances of that happening are slim. You may not get the strongest coffee from an older pod, but it will still be drinkable.

Can You Use K Cups Twice: Final thoughts?

It was my intention to explain K cups and the way to use them. You now know how often you can use Keurig cups and how the coffee might taste when reused in the same cup. Hopefully, you have also learned the best ways to get a great flavor from a Keurig coffeemaker.