After starting to cook a delicious meal, you receive word that someone is running late and will not be able to eat at the same time as everyone else. You may wonder if you can just put their plate of food in the oven to keep it warm until they arrive. Unfortunately, not all plates are safe to put in the oven, and the repercussions of putting the wrong type in the oven can be dangerous. In this article, we will answer the question “Can you put a plate in the oven?” so that you can understand which types of plates are considered oven-safe dinner plates.

Is it okay to put a plate in the oven?

In short, the type of plate will determine whether it is safe to put it in the oven.

Before putting a plate in the oven, there are several things you should do. First, look on the bottom of the plate for a label or stamp that says if it’s dishwasher safe or oven safe.

It is important to note that just because a plate is safe to use in microwave ovens does not necessarily mean that it is oven safe. The heating element is different in the two cooking devices, so some plates may not be safe in both types. For example, plastic and melamine plates are microwave safe but would melt in the oven.

If the plate is thicker, it will heat up slowly and cool slower once removed from the oven. This means that a thicker plate will be protected from breaking in response to the temperature fluctuations.

Be mindful of the materials used in the plates. For example, porcelain is made by being fired at high temperatures. High-fired ceramics are more adaptable to higher oven temperatures. Terracotta ceramic, on the other hand, will not handle the higher temperatures. You should also look around the rim of the plate to ensure it does not have metal, gold, or silver along the trim. 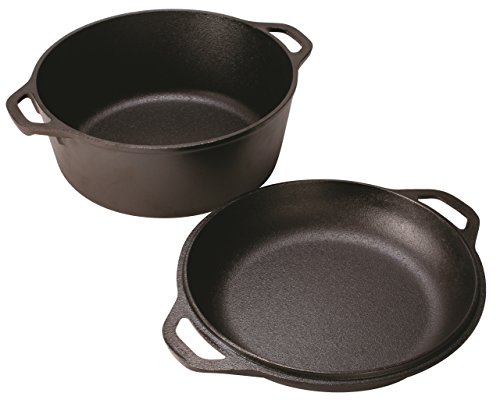 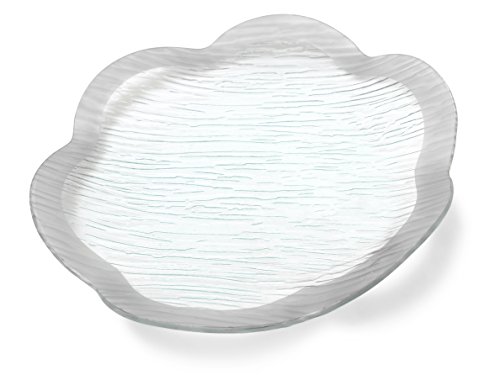 Tempered glass can safely handle high temperatures. The glass will conduct heat quickly, so warming a glass plate in the oven is typically a quick process. In addition, the plate will hold the heat effectively. The thicker the plate is, the longer it retains the heat and stays warm.

Be aware of the risk of thermal shock if you put a glass plate in the oven. When there is an abrupt change in the temperature, different parts can contract or expand at different speeds. This will cause the plate to break or crack. Tempering the glass helps it withstand temperature fluctuations and be less likely to experience thermal shock. However, even-tempered glass can break. 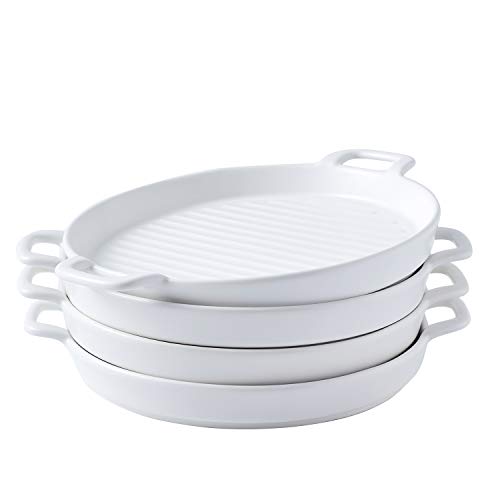 Ceramic plates can be placed in a hot oven so long as it is labeled an ovenproof or oven-safe ceramic plate. Beware that not all ceramic plates are oven safe. You should check the bottom of the plate for a label or stamp indicating that it is safe to put in the oven.

Though the ceramic was made with clay, powders, and water, shaped, and then fired in a high-temperature oven, that does not mean that food should be placed on them and put in the oven. Sometimes, the glaze on a ceramic plate is not always considered oven safe. For example, the glaze may not be waterproof.

Different clay formulas are used for various types of ceramics. This change in the formula also affects the temperature used to fire the ceramic. For example, porcelain ceramic plates are fired at higher temperatures, making them more resistant to thermal shock.

Thermal stress will cause some plates to crack in the oven, so be careful when removing the plate from the oven. Similarly, avoid drastic changes in temperature to avoid cracking.

Metal plates are not very popular, but they do exist. Denser metals like cast iron will perform better than thinner metals such as stainless steel. Be very careful when removing the plate as it will be hot. Use hot pads to safely remove the plate from the very hot oven, like a sheet pan. 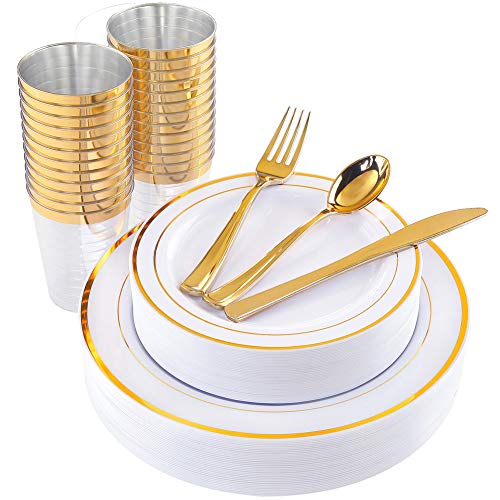 Plastic plates are not oven-safe because the plastic melts, even at low temperatures in the oven. Melting plastic is harmful to your health and will create quite a mess. 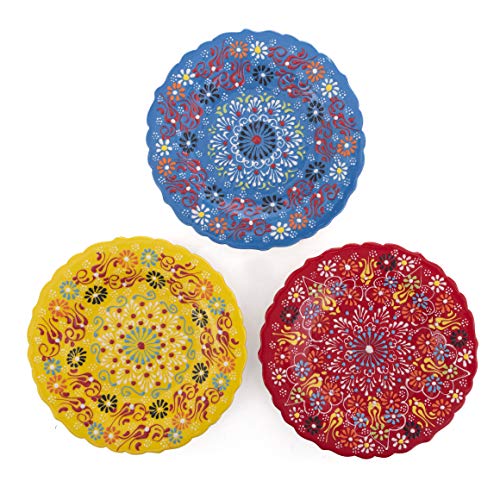 If a plate is labeled as decorative or for decoration only, you should not put food on it or put it in the oven. The plate likely has a glaze on it that is not food safe. 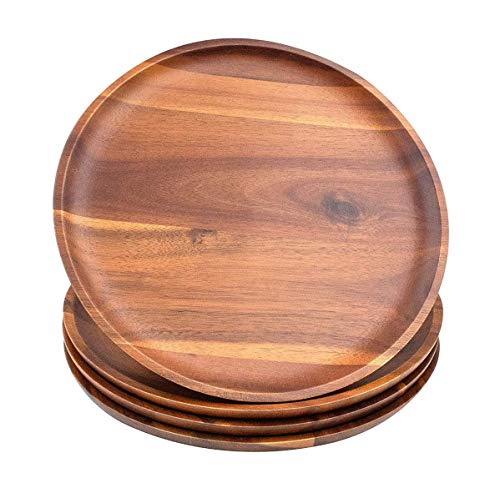 Wood plates should not be placed in the oven, as they will catch on fire. 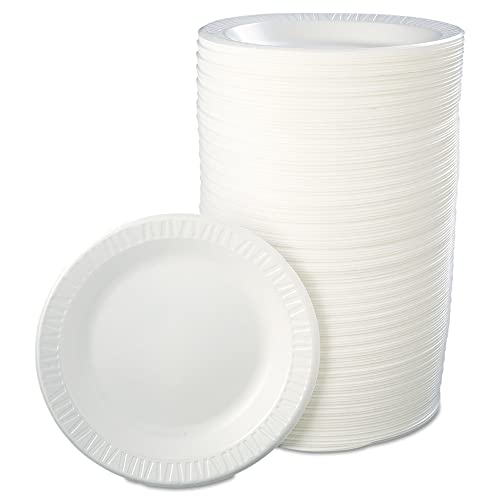 It may be tempting to warm the leftovers in the styrofoam container you brought home from the restaurant, but this is not a good idea. The styrofoam will rapidly melt if you try to heat it. It will make a mess, but toxins will be emitted that are harmful to your health.

What temperature does ceramic crack?

Can ceramic plates be used in microwaves?

Some ceramic plates are microwave safe, but that means they are typically made of porous material that will absorb water. Unfortunately, this design means that when the plate is placed in the microwave, the water absorbed will heat up, and toxic chemicals such as lead can be released.

The best kinds of oven-safe plates are glass plates. Oven-safe glass will allow the food to heat well in the oven and do so safely. You also do not have to worry about dangerous chemicals seeping into your food as you warm the plate or baking dish in the oven.

How can you tell if a plate is oven-safe?

The best way to determine whether a plate is oven safe is to follow the manufacturer’s guidance. First, check on the bottom of the plate or the packaging the plates came in to see whether it is oven safe. Typically, the plate will either have the words oven-safe or a symbol to denote safe use in the oven.

Can You Put a Plate in the Oven FAQ

How can you tell if a plate is oven-safe?

Check the bottom of the plate for the symbol or words that indicate it is oven safe.

Can plates explode in the oven?

Yes, plates can explode in the oven from the extreme temperature. Different materials have different temperature limits, but it is possible for plates to break at high oven temperatures.

What is the temperature at which a plate is heated?

If you determine a plate to be oven safe and want to heat up some food that way, you should keep the oven’s temperature pretty low. Do not turn the oven on above 250 degrees.

What is the difference between oven-safe and microwave safe plates?

How can I use a plate in the oven?

It will take longer to warm food in the oven than in a microwave. Use hot pads to carefully remove the hot plate from the oven when you are done.

Can I put Porcelain Plates in the oven?

Some ceramic plates are considered oven safe. However, it depends on the type of ceramic used.

Is it safe to put a plate in the oven?

The material a plate is made of will make a difference in whether it is safe to put it in the oven. Be sure to check the guidelines outlined by the manufacturer to determine if the plate is oven safe.

Related: How to Keep Food Warm Without Electricity

Can you warm up paper plates?

No, you should not warm up a paper plate.

Can you heat up plastic plates?

If the plastic plate is microwave safe, you can heat up the plate that way. Plastic plates should not be placed in the oven.

Final Thoughts on Putting a Plate in the Oven

In conclusion, the type of material the plate is made of will determine whether it is oven safe. Be sure to check the plate for a label or stamp indicating if it is okay to place it in the oven. Fine china, plates with decorative elements such as silver trim, and melamine plates should not be placed in the oven. Most glass plates are safe to use, along with cast iron or even a ceramic dish that is heat resistant.

When using the oven to heat up a plate, be aware of a potential problem called thermal shock which can be dangerous to the plate’s integrity and you if you have to clean up broken pieces if the plate cracks from too much heat.

Can Cardboard Go In the Oven?

Can You Microwave Glass? Read this first!